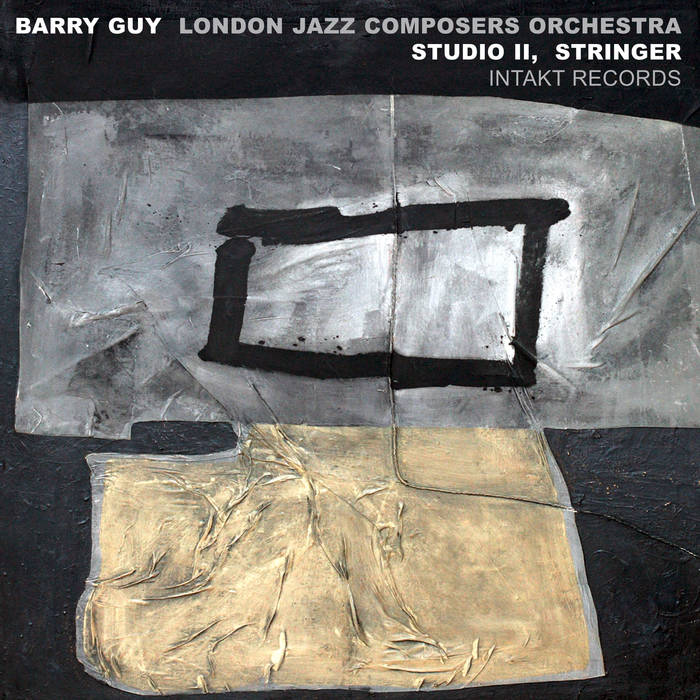 The ways to a new form of sound. Driven by the desire and the courage to make audible the unheard, the ‘never heard this way before’. The notion of an orchestra as the multiple power of the creative energy of a group of musicians links the type of symphony originating from European high culture with the deeper and more universally rooted idea, yet largely lost to history, of music as an expression of spontaneity.
The orchestral work of Barry Guy revolves around these dialectics, moving upwards in a spiral movement in a process over decades, continuously reaching new works/streams of sound.
The history of Barry Guy's Jazz Composers’ Orchestra begins in 1970 with "Ode", the first manifesto of this new way of individual/collective collaboration at the interface of a structured intervention and the freedom of improvising. Ten years later, after - from a stylistic point of view - pluralistic beginnings, a work of equal significance has been created: "Study". The orchestra has found its language, has freed itself entirely from the jazz idiom and also from a phase of what may be called "academic composing" and working with a conductor. The musicians breathe this newly gained freedom in different playing combinations of solo high points and collective complexity. As Barry Guy explains, they are partly overstretched by the profusion of information presented in form of a complex score. Yet they still manage to come up with a result in such a manner that no "classical" orchestra, playing a composition of new music, would have managed. Barry Guy does not only "play" with the ‘sound’ colours of the instruments but also with the ‘sound’ characteristics of the improvising musicians. As Barry Guy admits in his liner notes, these demands compare to a symphony in a European sense. Yet one should at the same time take note of the statement made for the first release of "Stringer", where Barry Guy thanks the musicians for devoting "their lives to improvisation". Thus the notion of an "ethics of making music", a high standard which Barry Guy also demands of his own work. And what may seem "abstract" at times to outsiders, he once described in a conversation with the author as "music with its own rhetoric, great emotions and a compelling power of persuasion".
From "Ode" through "Stringer" we move on to "Study" in another ten year leap. What has happened? Even less than before, Barry Guy measures himself against historic forms or current conventions. He creates a complex process of events from a simple structure, a work which unfolds out of, and in the end sinks back into, silence. One could make associations with ethnic music cultures and John Cage's idea of music. What really happens is defined by the interrelationship between this new type of composer and the musicians involved. A further dialectic is added to the one of structure and process, individuality and the collective: that of simplicity and complex design. Although Konrad Bauer's trombone emerges from the collective playing, this is not a concert of soloists. From the intensity point of view, each of the musicians could step forward. And the result is a strange mosaic of individual/supra-individual interaction.
The line-up of Barry Guy's London Jazz Composers’ and the New Orchestra, which has taken its place since 1998, has changed over the years but the impetus, the "spirit", as Barry Guy confirms, still remains. The recordings of now almost around 35 years allow fascinating encounters with a music of vigorous development. The fact that "Stringer", first put out by Jost Gebers on FMP in 1983, is now released as CD by Intakt Records, makes one aware of the importance of especially committed producers. And: on "Stringer" two musicians can be heard, who in the meantime have passed away: John Stevens and Peter Kowald. Their music lives on.
Bert Noglik