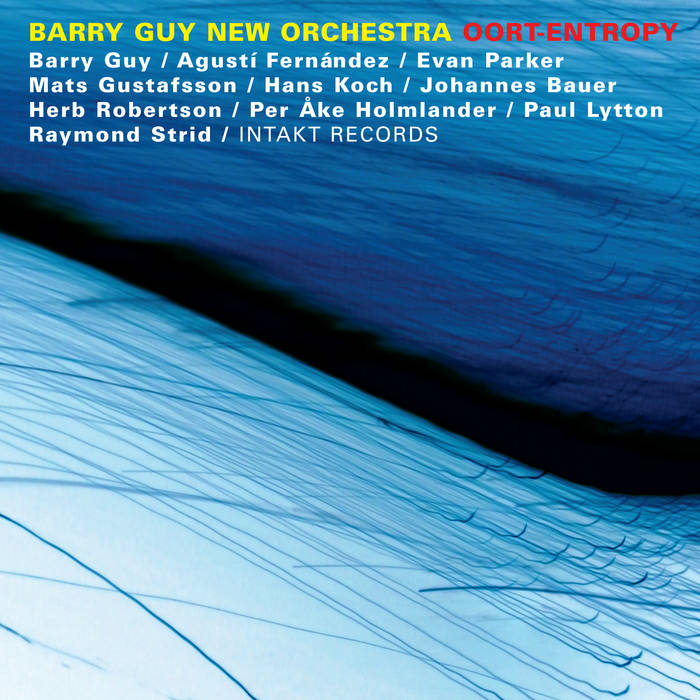 Four years after the successful debut album Inscape-Tableux, Barry Guy and his New Orchestra present their second release, Oort-Entropy. – The first CD was a success at first go. The French magazine Jazzman placed it among its records of the year in 2001 (“a scalpel from the first second”); the Canadian jazz magazine Coda put Barry Guy’s New Orchestra on the title page, and the Neue Zürcher Zeitung called the release “a masterpiece looking toward the future.”
The Taktlos Festival 2004 in Zurich saw and heard the premiere of Barry Guy’s second composition for the Barry Guy New Orchestra, the three-part work “Oort-Entropy.” What has characterized Barry Guy’s orchestral works is also found in “Oort-Entropy”: the tension-filled interlocking of written passages and improvised highlights of the band members including Evan Parker, Mats Gustaffson, Herb Robertson or the Spanish pianist Agustí Fernández. That Barry Guy has created another masterpiece with “Oort-Entropy” is described by the Canadian jazz critic Greg Buium, who enthusiastically writes in his liner notes of “the tug between order and clutter, tenderness and brute strength, lyricism and discord.”